The show’s the thing, says IDEA

For the woman taking over the executive reins at the Imaging and Digital Entertainment Association (IDEA), Katherine Singson, it’s all about this year’s The Digital Show, the one after that, and the overarching ‘convergence story’. 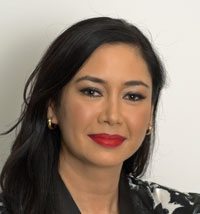 Ms Singson (pictured right) is an American who worked in executive roles in California’s Silicon Valley for several start-ups and established brands including Next Computer, Apple and Pixar Animation Studios.

After some time in Europe, she has spent the last few years in Australia working with Microsoft on its X-Box business. She has a background in consumer marketing, public relations and strategic partnerships.

She is currently in the market for her first digital camera.

On Paul Curtis’ retirement from the CEO’s role on June 30 this year, Ms Singson will oversee a team comprising fellow new recruit Judd Ferguson, whose role is to sell exhibition space and liaise with retail partners for the annual industry equipment show; Eve Philips, who has had a administrative manager’s role with PICA/IDEA over many years; and Jerrel Dulay, who has a editorial/’webmaster’ (social media) role. Paul Curtis will continue with IDEA in a consultancy capacity.

‘I might take on a special project or two – that’s really Katherine’s call,’ explained Mr Curtis when Photo Counter met with the out-going and incoming CEOs while they were visiting Melbourne earlier this week. .

IDEA will continue to operate without a physical headquarters, with the expanded IDEA team meeting on a weekly basis.

With staff levels more than doubled, and around $1 million in cash reserves, IDEA is in a position to make a real impact on behalf of the somewhat beleaugured digital imaging industry. With Ms Singson now having worked for IDEA for around five months, we were keen to understand the priorities and challenges the IDEA board had set for her.

She said that the urgent task for IDEA at the moment was obviously The Digtial Show in Melbourne, now just 36 days away, according to the counter on the new The Digital Show website.

She made particular mention of the three IDEA-sponsored keynote speakers she had secured for the PMA Digital Conference: cultural anthropologist Mike Walsh; Pixar veteran AJ Riebl (and the accompanying Australian debut of an Oscar-nominated short animation, La Luna); and  Microsoft’s local consumer head, David McLean, a  man who was immersed in ‘the digital  lifestyle’. (See separate story.)

‘All these…go towards the creativity and sharing that I think is so important about technology,’ she said.

‘I love the entrepreneurialism of this opportunity. The idea that it’s a market in transition and I’m able to take the full 23 years of my experience into this opportunity to create some magic.’

When the show was over, she said, the key task was to ‘set the strategy for our transformation from PICA to IDEA. That’s not something that happens overnight.’

She said that after the 2012 show activities, the key objectives were ‘telling the convergence story in the short term, then starting to build our strategy for our next digital show, and how we will be able to achieve this convergence story.’

So what exactly is ‘the convergence story’?

‘I think there are a group of people who are not entirely sure how you go from being completely photo imaging-based to caring about things like flat screens,’ she explained.

‘Ten years ago when you took a photo…you probably printed it out, or framed and stuck it in your photo album or if you really liked it you gave copies to your mother.

‘Printing photos is still incredibly important but I think the amount of sharing now is far greater than it has been in the past.

‘So really that’s the idea of convergence and the idea that technology is really about sharing and self expression – when it’s at its best, in my opinion.

‘That’s what really excited me about this transformation from PICA to IDEA – the idea we could be quite intellectual in Australia and have some impact on this idea of sharing and creativity.

This doesn’t imply an abandonment of IDEA’s photo imaging heritage, she emphasised.

‘The other thing I want to make sure is still very much appreciated is that we aren’t going to abandon our roots in any way. I think we are very fortunate to have photo imaging as our roots and we want to continue to embrace that.

‘There seems to be some confusion – that somehow we are not involved in photo imaging. We have to change that.’

She said that the disappointing level of support for this year’s Digital Show from those companies vital in helping tell the convergence story was not unexpected, and something she wouldn’t categorise as a ‘setback’. 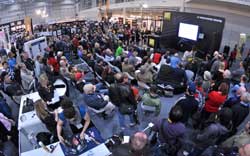 ‘I don’t know if I would even call it a setback, quite frankly,’ she said. ‘I think that you can’t just change the name of an organisation and expect instant change. It’s about education and chatting with people and understanding the different movements which have to be backed up with a strategy.

‘We need to see actual movement towards this convergence story. We changed our name and all of a sudden we are going to get all the consumer imaging companies on board in a very challenging environment? I think that probably wouldn’t be a realistic, wouldn’t you say?’

There are many areas of activity open to an industry association. It can involve itself in public relations and education activities – for example, via a campaign to encourage consumers to support Australian retailers as opposed to online offshore retailers. It can focus on providing useful market research data to members and the broader industry. It can devote itself to lobbying government in support of its members, or develop a spokesperson who becomes the ‘go to’ person for news commentary. It can educate via a great resource-rich website. It can do a bit of all of the above.

In this context, we asked Ms Singson what priorities the IDEA board had set beyond organising The Digital  Show.

‘The show is the most immediate, the most important [thing],’ she said.

‘When I started it was all about the show and getting through it, so that’s really been my prime focus. I’m not saying any of those things couldn’t be on the table in the future. But we are not a huge team.

‘That’s not to say,’ she added, ‘that when we are past this very big deliverable we wouldn’t look at other initiatives – absolutely.’

She noted that, ‘The entire website needs to be re-vamped and refreshed’ as it currently focussed entirely on photo imaging and needed to expand to be more convergence-oriented.

‘We want to create a rich environment. Our association is really focussed on education.’

Impressions to date of the imaging industry?

‘Really passionate people,’ she responded. ‘And that goes a long way, when people have a passion about what they do. It’s inspiring to me. People feel strongly about it and that in and of itself is something powerful.

She said she was ‘still fairly new and I’ve got plenty to learn’.

‘I love the entrepreneurialism of this opportunity. The idea that it’s a market in transition and I’m able to take the full 23 years of my experience into this opportunity to create some magic.’

Paul Curtis concluded the interview with a few supportive comments about Ms Singson’s appointment to the CEO’s role:

‘The traditional imaging industry in Australia has been very lucky to find someone of Katherine’s calibre, passion and enthusiasm to take on the most fearful economic situation I’ve seen in my 50-odd years of business life.

‘We are doing the right thing. We are giving it our best shot. And we are really lucky to have Katherine leading us,’ he said.