Jason Robertson, having spent over half his life with Ted’s Cameras, left the retailer this week to pursue new opportunities. 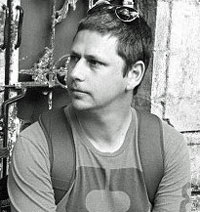 The teenage Jason started at Ted’s in 1991, as a part time retail salesperson, later becoming a full-time employee. In 1996 be moved up to store manager, heading up a range of stores around Melbourne over the next five years.

In 2001 he moved back to head office and assumed responsibility of Ted’s photofinishing department. He was the key player in managing Ted’s changeover from silver halide minilabs to HP dry systems in all 23 (now 24) Ted’s outlets.

From 2006 Jason was also appointed head of Ted’s e-Commerce operations, a role he revelled in, and leaves Ted’s having successfully completed two major e-commerce projects in 2012.

The first was the complete re-build of the Ted’s Cameras e Commerce website, which went live in November without a hitch.

He was also responsible from concept and business case through to development and deployment – including the creation of comprehensive digital marketing and strategy plans – of the new Snappit e-commerce website – effectively the launch of a new business – on behalf of the owners of Ted’s Cameras.

Ted’s CEO, Nic Peasly, who assumed the top role following the retirement of Jason’s father, Richard Robertson, was glowing in his praise:

‘After 20 years of dedicated service at Ted’s, Jason Robertson has decided to move on to new challenges,’ he said.

‘Jason has managed the photofinishing business for Ted’s for 11 years, during which time he has worked with the management team and owners to steer the company through a very challenging and dynamic landscape.

‘More recently Jason has worked diligently at developing what was an already very strong online trading presence, to become a market-leading and cutting edge online storefront.

‘Jase has developed a wide variety of skills in the online and e-commerce space which he will take with him as he embarks on the next professional stage of his life.

‘From myself, the management team, owners and staff within Ted’s, we wish Jase all the success and happiness in Stage Two.’

Jason Robertson told Photo Counter that after a short break he will be keen to continue working in the e-commerce side of retailing.

Photo Counter also wishes Jason Robertson all the very best in his future. We sincerely hope that his youth, talent and leading-edge online retailing skills, along with his heritage in photo retailing, are not lost to us.