Samsung Galaxy to arrive before Christmas

Samsung has announced the launch of the trail-blazing Samsung Galaxy Camera,  featuring the Android 4.1 device operating system and a 4.8-inch LCD touch screen. 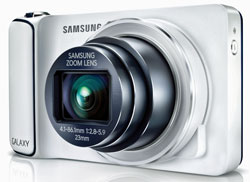 Of significance to Australian photo retailers is the fact that the announcement of the new camera/tablet comes from Samsung’s Digital Imaging, rather than the Telecommunication business unit, indicating that camera stores will have access to the exciting new camera, rather than it being a phone shop/telecommunications networks exclusive.

‘The collaboration between the mobile and digital imaging divisions has resulted in the Galaxy Camera, a product that Samsung is extremely proud of,’ said Craig Gillespie, business unit manager – Digital Imaging, Samsung Electronics Australia.

(In the US and the UK it appears that carriers like AT&T have been the main vendors of the Samsung Galaxy Camera – an odd coupling given it doesn’t make mobile phone calls.) 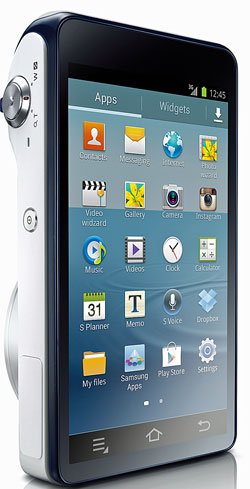 ‘A connected camera must give users the total freedom to take vivid high quality pictures and videos wherever and whenever they wish, sharing them almost instantly through their favourite social networking sites or with family and friends,’ said Mr Gillespie.

It features a 21x optical zoom and a 16.3-megapixel 1/2.3” BSI CMOS sensor. (This is the same size sensor used on the vast majority of digital compacts, and considerably larger and higher quality than used in smartphones.)

The Galaxy includes a comprehensive set of powerful photo editing features through the ‘Photo Wizard’, allowing for edits to be made on the go. The new features take advantage of the camera’s fast quad-core processor and generously-sized HD Super Clear LCD screen.

The Galaxy also has in-built voice control functionality, enabling users to tell the camera to shoot or zoom.

In addition to direct internet connection, the Galaxy also offers on-the-go sharing features through its incorporation of Wi-Fi and 3G connectivity. The camera can automatically save photos conveniently through to the internet via Dropbox.

At the same time the Galaxy camera was announced, Samsung also announced the Galaxy Note II smartphone/camera with a 5.5-inch screen and an 8-megapixel camera ($899) as well as a couple of new Windows 8 computers, which are a hybrid of notebook and tablet, with detachable keyboards.