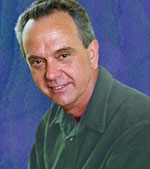 Other leading executives have been recruited from the printing industry.

Rob Tolmie, who was was recently elected president of the US-based Association of Imaging Executives, is a world expert in operating a large scale digital fulfilment operation. His pioneering work at Photo Create in establishing one of the world’s largest facilities from scratch gives him unmatchable experience in Australia in this relatively new type of imaging business.

PMI Imageworks will operate out of an 80,000 sq ft facility in the suburb of Hawthorn and became fully operational last week. It will run multiple Indigo 7000 series digital printers for photo books, calendars etc, and offer the full range of photo gift and home decor products available from main competitor, Photo Create (along with the many photo retailers offering these services in-house).

In addition, the centre will offer a new ‘direct-to-garment’ service using inkjet, rather than thermal transfer technology, which will expand the scope of customised printing onto clothing to natural fibres and coloured fabrics.

Another distinguishing characteristic of the new business, according to Mr Tolmie, is that ‘PMI Imageworks will not compete directly with our clients.’

He also said that, operating out of a capital city, PMI Imageworks was geographically well-located.

Photo Create, operating from the northern NSW country town of Glenn Innes, bills itself as the largest wholesale fulfilment house in the southern hemisphere, and also has operations in New Zealand and the US.

He said that PMI Imageworks would be ‘agnostic’ when it came to its customers’ front end software, but would use its own workflow and order-tracking software, licensed from one of the world’s leading order fulfilment software developers.

‘Anyone can buy equipment,’ said Mr Tolmie. ‘But workflow software is critical, and a lot of companies overlook that.’

He said that refining the software infrastructure over his five years with Photo Create had been critical to the success of the business, and that an understanding of this issue had helped get the new PMI Imageworks operation up and runnng in just three months.

With the focus so far in making PMI Imageworks functional, the business doesn’t yet have a public website, or other marketing collateral.

‘I’m sure we’ll get around to it!’ said Mr Tolmie.