Big W and Myer and among the retail customers caught up in selling extended warranties from the collapsed United Warranties group to their customers. 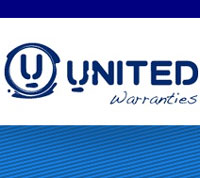 The virtual overnight disappearance of the $20 million  United Warranties operation has left customers and sub-contractors owed goods or money, while former employees say they are owned wages and entitlements.

The ‘authorised’ specialist camera channel appears to be largely unaffected by the failure of the company, which claims to have been the largest extended warranty vendor in Australia.

Phototechnical Services, which was the most popular and well-established locally-based specialist camera warranty supplier, is no longer active following the retirement of principal Ron McKnight. Phototechnical’s continuing warranty obligations are now handled by Expert Camera Care in Sydney.

The United Warranties story is murky, with the owner Vern Rickman, according to The Herald Sun previously known as Werner Stadelbauer, having a criminal past. Click here for details. (The Herald Sun has a Legal Department!)

Beyond the newspapers other claims, in 1999 Rickman pleaded guilty to serving as a director and manager of a company despite being banned by ASIC from doing so.

The Herald Sun also claimed that a senior Myer manager who signed off on the United Warranties deal then went to work for the failed company in December last year on a reported salary of $350,000, before leaving after a few months.

The story has had some business news coverage so far, but is bound to get bigger as the ramifications begin to be fully understood. Literally tens of thousands of consumers have been left with now-dubious extended warranties on TVs, computers and cameras, some have lost equipment sent in for repair which is now untraceable, and many small repair businesses which United outsourced warranty work to have lost significant sums in lost fees, etc.

There appears to have been a lack of diligence by well-resourced companies like Myer and Big W in out-sourcing extended warranties to United, given that The Herald Sun had no difficulty in uncovering Rickman’s chequered past.

The new Australian Consumer laws, which place responsibility for faulty goods and services at the feet of the retailer, may give them cause to rue their lack of care and responsibility.

Retailers are now apparently responsible for significant product failure outside of the manufacturers warranty period, and presumably also the absolute failure of the service the have retailed – the extended warranty – according to the new law.

‘When the new law came in I had a lot of legal advice which would indicate the retailer is responsible,’ said Ron McKnight. ‘But ulimately we won’t really know until the law is tested.’

He added that the United Warranties fiasco could bring on the test case the new consumer laws need to dispel the current uncertainty around retailers’ obligations and consumers’ rights.

Another ramification of the United Warranties collapse is that it might be a body blow to the extended warranties business, already under a cloud due to the uncertainties the Australian Consumer Laws have introduced to the retail marketplace.