Raleru Pty Ltd, the management company for the Camera House group, has been appointed Australian distributor for the ProMaster brand range of photographic accessories. 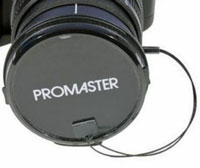 The PRO (Photographic Research Organization) group is a US-based retail cooperative founded in 1958. It has member stores across the US and claims to represent ‘the largest sales volume group of photo specialty retailers in North America’. PRO distributes more than 2000 photo accessory products in the US through member retail stores under its ProMaster brand.

Raleru has been in discussions with ProMaster for three years prior to bringing in the range, which it will do from this month. Raleru will offer the ProMaster range to Camera House members and the rest of the specialty photographic channel.

‘All the products will be available to any specialty photo retailer in Australia,’ Mr Shearer is reported as saying, adding that Michaels CVD, a NARTA member, is already a stockist. This has been confirmed by managing director, Peter Michael.

Raleru is not unique in being involved in both the distribution and retailing channels in Australia. Camera Electronic in Perth is both a pro-oriented retailer and distributor to other retailers of accessory lines such as Cullman and Hoodman, and Foto Riesel under previous owner Mark Alderson, established a distribution business, Photo Import Pty td, importing a range of brands – Kaiser, Printfile, Fotospeed, Gepe, Quantum, Domke, Billingham, onOne and Multiblitz.

And of course distributors such as Canon and Sony, which sell direct online also cover both retail and wholesale functions. The move by Raleru further blurs the lines in the supply chain, and may encourage other distributors to consider going direct. 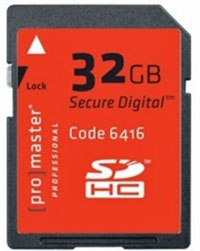 Raleru will offer batteries, memory cards, filters, and light reflectors, but not camera bags, and will build up the range over the next year or so. Memory cards are first cab off the rank, with the initial shipment already in the country.

Stallards Camera House, Tasmania, Croydon Camera House, Victoria, and FotoRiesel in Sydney have been trialling a broader range, including binoculars.

Mr Shearer said that ‘in the majority of cases’ current Camera House accessory distributors ‘will work to ensure that their value proposition meets the retailer’s and consumer’s needs.’

However, it’s clear that, unless Camera House stores can grow sales to accommodate the new brand, the Raleru-imported ProMaster lines will cut into sales of accessories from  existing local suppliers.