This contribution came originally as a reader’s comment on local pricing from Peter Michael, following last week’s interview with Canon Australia’s Darren Ryan. He has kindly permitted Photo Counter to republish these comments as an Opinion feature: 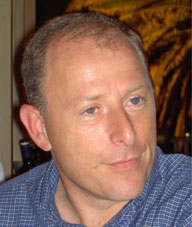 We are certainly in changing times – the internet is changing our world by intensifying price competition over other forms of differentiation such as marketing.

Our customers often tell us that they are amazed to find identical goods being sold in other countries at quite different prices. A key concern is that many consumers simplisticly believe that much of the price difference is us (the retailer) profiteering.

An example that we often get customer comments on is film pricing. We understand that film is ‘old technology’, however, we stock a film that wholesales for $120 + GST which retails for USD$40 in the United States. Unfortunately it does not matter what we say, our customers cannot understand or accept that the price can differ so significantly. Our additional concern is the harm that this does to our reputation.

For decades manufacturers have successfully price discriminated in our market  compared to other countries because they have been able to keep the markets sufficiently separate. The internet has rapidly and succinctly broken down that geographic and knowledge separation and has reduced risk purchasing overseas at lower prices, thereby forcing our focus on global prices.

Yes, our task in conjunction with our suppliers, is as Darren says – ….’create an  experience, and create other value-adds around selling the product at a price that allows … us to charge a premium over a lower priced market because consumers can see and appreciate greater value.’

We have identical goals to Canon – ‘for consumers to buy locally in this country. With the assistance of their factories we applaud the fact and are most appreciative that many Australian suppliers have made significant progress in achieving global pricing.

We and (most importantly) our customers look forward to continued progress in achieving global pricing and working with our suppliers in building added value.