No ‘same old’ at Digital Conference

‘We have concentrated on alerting retailers on issues for the future – both marketing and technological,’ he said. ‘The program is all about areas we we know we’ve got to do something about, such as social media, web content, online selling.’

We asked him to nominate his three or four ‘must-see’ sessions. (When he named six we closed the list, as it was clear that Peter Rose would have nominated the entire program if he had the chance!)

He said most if not all conference-goers should be entertained and fascinated by the opening, IDEA-sponsored ‘Digital Storytelling‘ session from Pixar’s AJ Riebl, PIxar Animation Studios, not least as it will feature the premiere of Oscar-nominated short film, La Luna. 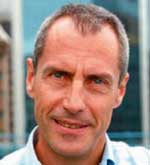 Then follows the first of the more business-oriented sessions, ‘Retail Global Trends and Our Future‘, featuring two managing directors for the price of one:  GfK Australia’s Gary Lamb (pictured right) and Maxwell International’s John Swainston.

Mr Lamb has been analysing retail and consumer data and presenting on market trends at conferences all over the world. His opinion on the implications of consumer purchasing patterns is often sought because his experience of so many markets around the world provides the basis for understanding what current and historic market dynamics might mean for retail and industry, in future. With 12 years at GfK Australaia, he has both a global and local perspective.

Maxwell International Australia managing director, John Swainston, needs no introuction to most Photo Counter readers. In his recent role travelling though the Asia/Oceania regions for the DayMen Group he has seen some of the best-performing retailers from this part of the world and will be sharing their ‘best practices’ with the local audience. 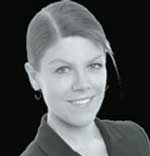 His next recommendation, ‘The Retail Landscape Today’ with Juantita Miell, The Friedman Group (pictured right), is on at the same time!

‘We are reaching out to as broad an audience as possible. What might appeal to some isn’t going to appeal to others,’ said Mr Rose.

This session is all about getting the best from your team of retail staff. It will look at understanding and motivating staff and what you need to do to prepare them, based on Ms Miell’s applied experience and knowledge of the Friedman system for retail staff leadership.

Mr Rose also said the ‘Competing Successfully with Online Stores’ session, with its excellent discussion panel, is one to be at on Thursday afternoon. (See separate story.)

On the Friday, Mr Rose says conference-goers should get to the IDEA-sponsored ‘Digital Convergence’ session from Mike Walsh, author of Futuretainment.

‘We all have difficulty in connecting with things which are too far into the future,’ said Mr Rose.’Mike goes there. He gives us a notion of where things might go. And he’s a great presenter!’

– Then stay on for the next session – ‘Winning Over The Empowered Consumer’, presented by Stephen Shaw, IBM. In this session Mr Shaw will present an overview of the ‘Why Trust Really Matters’ global consumer research project, based on a survey of 30,000 consumers from 15 countries – with input from over 3000 Australians.