Nikon is close to announcing a next-generation mid-range digital compact incorporating the Android OS to connect directly to the internet, according to enthusiast site NikonRumors. 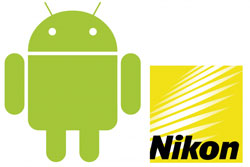 The report states August 22 as the likely announcement date, with a suite of other new product announcements from Nikon in the lead-up to Photokina.

According to NikonRumors, the company has already filed for regulatory approval for the device in Indonesia. Model name according to that document is likely to be Coolpix S800 or S800c.

Perhaps the most interesting feature of the device is its support for all current Android Gingerbread apps on Google Play, as this means photographers will be able to retouch images on the 3.5-inch screen directly in Photoshop Touch, rather than relying on in-camera effects, directly post high-resolution images on social networks such as Twitter and Facebook, or directly upload images to popular content management systems such as WordPress.

While Android is predominantly used to power smartphones such as the Samsung Galaxy S3 or tablets such as the Google Nexus 7, the new Nikon cameras will join a growing number of ‘smart’ devices using the platform.

These include retail POS systems  as well as smart TVs and set-top boxes.