CIPA recently released new figures indicating that mirrorless interchangeable/CSC cameras are making big inroads into the detachable lens segment of the market around the world. 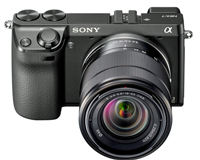 Japan leads the way, according to CIPA. In the second half of 2011 an extraordinary 46 percent of the overall detachable lens camera market was attributable to mirrorless interchangeable/CSC cameras, bringing this fresh segment close to the levels of DSLR sales. They account for around 38 percent of the the detachable lens camera market in value terms.

In Asia (excluding Japan) mirrorless cameras account for close to 25 percent of the interchangeable market. In ‘Other Markets’ (which includes this region), mirrorless interchangeables are slighlty higher than the Asian figure.

The European and American markets lag behind, with the proportion of mirrorless cameras versus DSLRs in the high teens (July to December, 2011).

Australia as an individual market lags even further behind, but if the worldwide trend applies here, the upside in 2012 and beyond is considerable. We asked GfK Australia analyst Brendan Dowd whether there had been any recent local growth in detachable lens cameras: ‘The Compact System Cameras segment has been growing,’ he replied. “The sales in 2011 were double that of 2010 and they were worth 12 percent of all changeable lens cameras in 2011.

‘They had a strong end to the year especially, and were worth 13 percent of the changeable lens sales in the key selling periods, November and December.’