While a long line of consultants and pundits are urging retailers to throw themselves into the latest developments in ‘omnichannel’ retailing, a survey from North America provides a reality check on customers’ responses to that headlong rush. 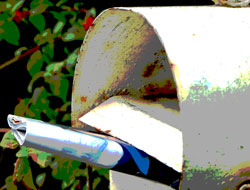 ‘Channel Preference for Both the Mobile and Non-Mobile Consumer’, a study from Epsilon (‘world leader in database marketing’), indicates that consumers lag inconveniently behind the latest thinking on what should work, with for instance a preference for direct mail over email, and only 3 percent using QR codes on their smartphones.

The report also found that 80 percent of US consumers surveyed are not yet interested in receiving offers via mobile phone during or after a visit to a bricks-and-mortar store.

The message comes through that putting all eggs into the digital marketing  communications basket is as unwise as ignoring the virtual world.

‘The growth of social media and mobile has been unprecedented. However, marketers shouldn’t focus on either channel as a standalone communications tool,’ said Wayne Storey, a senior VP with Epsilon. ‘By integrating across digital and traditional channels, marketers can create a truly seamless, omnichannel strategy that improves the customer experience, builds brand value and drives behaviour.’

The research showed that direct mail continues to be the preferred channel for US and Canadian consumers to receive brand communications in nearly every product and service category.

“The growth of social media and mobile has been unprecedented. However, marketers shouldn’t focus on either channel as a standalone communications tool,’ said Wayne Storey, a senior VP with Epsilon.

‘Our study found that direct mail continues to be a highly trusted and preferred channel among American and Canadian consumers, and mobile usage is having a distinct impact on communication channel preferences,’ said Warren Storey, a senior vice-president with Epsilon.

‘Therefore, it’s more important than ever to understand consumer behaviour and create a two-way dialogue to incorporate each individual’s wants and needs into your marketing strategy.

‘For marketers to be successful, they need to understand their consumers and communicate with them in a meaningful and relevant manner. This takes deep insight, sophisticated analytics and segmentation.’

The 2012 Channel Preference Study also found:
– Women are more trusting of word of mouth information received from family and friends than men (55% versus 47%);
– Of the social channels included in the study, LinkedIn had the strongest growth in consumer usage in 2012 versus 2011 in the U.S., from 12 percent to 19 percent.