No less than nine new models will be added to Sony’s Cyber-shot digital compact line-up over the next three months.

The RRPs of these new models indicate that Sony has ignored a promising emerging trend by some distributors towards pricing cameras for local retailers closer to official US MSRPs, and thus the competing US-based online channel. 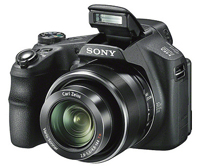 Following a rumour from a reliable source that Sony was intending to adopt a local pricing policy where the discrepancy with US prices was not so large, we followed up with the company and received a definitive: ‘we have no announcements to make on global pricing’.

A comparison between the prices quoted above and US pricing would indicate that the gap may be narrowing, but it’s still clearly there. For instance, the WX50 is $300 here and US$200 in the US, while the HX200V is $700 here and US$480 in the US. The new waterproof TX20 is $500 here and US$330 (ouch!). Back-of-the-envelope calculations indicate that, on average, consumers purchasing from local retailers are still paying a 30-percent-plus premium, ex-GST, for Sony digital compacts.