ARA excutive Director Russell Zimmerman says that the campaign to lower the GST Low Value Imports Threshold for private imports was not a reflection of anti-online sentiment by retailers, and failed to account for the increasing number of Australian businesses competing in the online market. 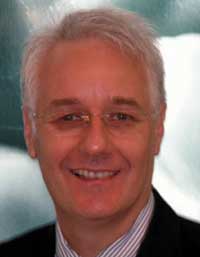 ‘It is a very simplistic argument to link the need to lower the LVIT to any reluctance from Australian retailers to compete online,’ said Mr Zimmerman (pictured right), ‘when in fact we are seeing quite the opposite as many Australian retailers either pursue online initiatives or operate purely online.

‘Research suggests Australians shopping online would prefer to buy from Australian websites, not least because the goods purchased from these sites are subject to Australian Consumer Law and the consumer has opportunity for redress just like any regular transaction,’ he said.

‘In addition, there are countless Australian retailers who operate bricks and mortar businesses wanting to expand to online offerings in response to customers’ preference to shop in a multichannel environment.

‘These online retailers are unable to compete with the tax loopholes being exploited by many of their online overseas counterparts, who are marketing their products to Australian consumers.’

Two stories earlier this month from News Ltd claimed that overseas retailers are offering Australian buyers fake invoices so that purchases appear to cost less than the $1000 threshold in order to avoid paying GST and import duties.

A journalist from The Australian was made the offer of a falsified invoice for a $1900 camera, avoiding about $300 in GST and import duties.

The eBay seller offered to ‘prepare an adjusted invoice upon customer’s request’ to generate an invoice showing that items purchased cost less than the $1000 tax-free limit.

‘Australian customs may charge you duties on the shipment with invoice over $1000,’ the  offshore retailer’s customer service rep wote. ‘However we can prepare an adjusted invoice upon customer’s request. Our invoice team can adjust the invoice to say around $900 so can pass the Customs.’

Margy Osmond from the ANRA, representing big retailers, said the problem was widespread.

‘What we’re seeing, particularly out of Hong Kong, is a willingness to supply consumers with dodgy invoices,’ Ms Osmond said. ‘They treat it as a matter of course so you are avoiding paying correct GST.’

Russell Zimmerman sent a letter to state premiers and treasurers this month claiming $1.73 billion had been lost in GST as a result of the impediment posed by the LVIT.

‘The sudden collapse of bicycle retailer BSC Bikes could have been prevented given a more equitable trading environment. Action needs to be taken to reduce a threshold which not only poses an inherent competitive disadvantage to Australian retailers but is also a hidden GST trapdoor for states.

(BSC is a chain of three Melbourne-based bicycle stores, which closed its doors this month with the loss of 30 jobs, claiming is had been hit by a perfect storm of ‘high rents, unfair internet competition, tightening credit from our suppliers, a general slow down in the retail market, too many stores opening up in our area and very aggressive discounting in the industry.’)

COMMENT: When the wholesale prices set by local camera distributors was so much higher than overseas, the GST-free component of the saving by buying offshore-online represented about one-third of the lower price.  Local retailers were being kicked by consumers for gouging (and still are!) when people inside retail knew the finger should have been pointed elsewhere. The ‘first-order issue’ was variable pricing set by global companies who hadn’t quite come to grips with the notion of a global marketplace. Now that the price differential is significantly and provably smaller – at least for popular, high volume lines – campaigning to lower the LVIT is in everyone’s interests: wholesalers, retailers and, especially in the long term, the Australian community.