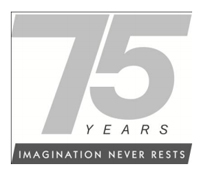 The event was under the theme ‘Imagination Never Rests’, and culminated in the unveiling of Canon’s most-anticipated DSLR camera: the EOS 5D Mark III. (See separate story.)

‘Canon was founded in 1937 based on a single-minded goal to produce the world’s best optics to allow people bring their imagination to life, and this is still true today,’ said Jason McLean, director, Canon Consumer Imaging, Canon Australia.

‘With 75 years behind us, Canon is completely focussed on the consumer today and into the future, both in terms of our product development and appealing to their unique needs in our market.’

McLean said that the Australian market is well positioned for growth in 2012 with strong economic fundamentals, consumer sentiment on the rise, and an underlying passion for imaging, which is seeing a healthy upgrade cycle in the photo category driven by a desire for greater quality.

He flagged 2012 as a once-in-a-decade year for new product coming through the Canon developmental pipeline – indicating that the EOS 5D Mark III will be followed by other major technology releases.

(In an panel discussion during the event, Canon’s Darren Ryan hinted that Canon may be bringing an interchangeable model to market at some time.)

Mr McLean said the believed that Canon’s strength lies in both its global scale and its local autonomy to meet specific market needs.

‘Our role is not to simply sell product at a price; it is to drive value for consumers locally and build the market,’ he said. ‘Everything we do starts with insights into the Australian consumer and their needs. We don’t force-fit global campaigns into our market – we create all campaigns locally and build retail partnerships to add value to the consumer experience.’

Mr McLean believes that local initiatives such as Canon Australia’s Pixma campaigns for creative users and home office professionals and the World of EOS website  – which has a membership base of more than 70,000 photographers of all levels – contribute to the high market share that the brand enjoys in Australia.

Additionally, Canon invests in local retail partnerships, a dedicated retail training platforms and campaigns to create buzz and excitement at peak trading periods such as Christmas.

‘We face 2012 with great optimism, having ridden out the significant challenges of last year, including two natural disasters and strong appreciation of the yen,’ continued Mr McLean. ‘Despite these, the Canon Group achieved strong financial results and locally our photo business performed very well, maintaining total camera market leadership, with nearly one in every three dollars spent on a camera in Australia last year being spent on a Canon.’

‘We’ve got big plans for 2012 with plenty more in store for our partners and consumers to look forward to.’