Online specialist camera retailer, CameraPro last week opened its second bricks and mortar outlet, in Brisbane’s Fortitude Valley. It also has a showroom in the Queen Street Mall in the Brisbane CBD (pictured below right).

CameraPro sells an extensive range of mid- to high-end photo gear at discounts averaging between 20 – 30 percent off RRP but ranging up over 40 percent in some instances. All products are sourced from Australian distributors and come with Australian warranties.

The business was established in 2007. Turnover in the last financial year was $3 million according to the CameraPro website. It was nominated as a BRW ‘Fast Starter’ business in April this year.

Fortitude Valley was selected as the store’s location for its proximity to Brisbane’s photography community, with commercial and portrait studios, and three universities offering photography courses within a 10 kilometre radius.

Business development manager Peter Dillon told a CE trade website that CameraPro was  proud to offer only Australian stock ‘at a competitive price point that makes the grey market not even worth it.’

CameraPro follows the lead of Digital Camera Warehouse in starting out as an online retailers and then consolidating its posiiton with retail outlets. 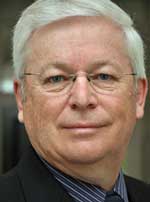 Richard Roberston (ex-Ted’s, PMA chairman – pictured right)  is extending an invitation to any Photo Counter readers who are not still in full-time employment in the industry to rock up to a cordial, informal gathering across the road from The Digital Show on Friday, May 25 at 12.30pm, for drinks and a snack.

The venue is the Lagerfield Bar & Beer Garden at the Crown Casino. Richard has undertaken to arrange passes for the trade show so those attending can saunter over the road after the gathering to check out the latest and greatest.

There will apparently be no speeches but rather an opportunity for the many good photo industry folk who have bowed out in recent times to get together.

Contact Richard on bmwm5rrr@gmail.com to let him know you are coming, or for further details.

While Eye-Fi is the original developer of the wireless memory card – which is launching in Australia this week (see separate story) and has had the market to itself for seven years, the SD Association recently released a wireless-card standard, the iSDIO (Intelligent SD Input-Output) spec, that essentially replicates the sharing-over-Wi-Fi functionality found in Eye-Fi’s range of SD Cards. Ez Share has apparently moved fast to take advantage of the new standard, which was only released in January this year.

‘We are honoured to sign this exclusive agreement with Photo Direct as it now means customers in Australia and New Zealand can have easier access to ez Share in their country,’ said Michael Yang, CEO of LZeal Information Technology, maker of the Ez Share cards. ‘We know Photo Direct is a very important player in the Australian and NZ photo markets and that it has an experienced team plus broad channels to professionally market ez Share.

‘We are also convinced that Photo Direct will play an important business partnering role in providing the best local service to all our potential customers. We look forward to a long relationship and to improving the range of ezShare products to meet the growing expectations of end-users.’

Photo Direct will be demonstrating ez Share on Stand 34 at the Digital Show this week.

PMA moves and CFO moves out

PMA has relocated to new premises, selling its 25-acre headquarter site in Jackson Mississippi to the Jackson Community College Foundation for a new college campus.

While PMA press release doesn’t state the bleeding obvious, it seems clear that the move is partly to generate some cash for the association.

The old premises were a substantial 42,000-square foot, at 3000 Picture Place in Jackson. PMA had been operating from this address since 1980.

‘The PMA team is just about to the size it needs to be and with better space our ability to operate more efficiently improves,’ says Allen Showalter, international president, PMA. ‘The new space is outstanding and more suitable to the size of our team.’

A story on the Jackson Citizen Patriot website stated that PMA had around 20 employees at Picture Place but has downsized since then, with the association declining to say what the size of the PMA team is currently.

Whatever that highly confidential number was, it’s one less with the announcement this week of the early retirement of Chief Operarting Officer/Chief Financial Officer George Olsen. He will stay on as a consultant. Mr Olsen joined PMA in 1986. He has been CFO since 2003. The PMA press release does not state whether the association will fill the absence created by Mr Olsen. His departure from PMA follows that of Ted Fox as executive director in October last year.

Several readers brought the news of Kodak’s ‘secret nuclear reactor’ to Photo Counter‘s attention, one noting that the weird decision-making in Rochester over a long period could maybe be due to radiation-induced fried brains!

The reactor, fuelled by under 2 kilograms of highly enriched uranium, operated for 30 years before being dismantled in 2007. The fuel was taken under high security to a federal facility, a move kept secret following the 9/11 attacks amid concerns about weapons grade uranium falling into the hands of terrorists.

The company used the refrigerator-sized device to produce neutrons for testing materials and imaging. Kodak said it shut down the reactor because it was no longer needed.

Veteran company spokesman Chris Veronda said he could not find any evidence Kodak ever publicly announced the presence of the facility.

He also wasn’t sure if local police, fire or other emergency officials were ever told of the reactor kept behind 2-foot-thick concrete walls in a bunker under Kodak Park.

Canon is moving toward fully automating digital camera production in an effort to cut costs.

The move toward machine-only production will likely be completed in the next few years, perhaps as soon as 2015, said a company spokesperson, although he declined to give specific dates.

Japanese manufacturers have been moving production abroad recently to offset the earnings damage from the soaring yen. Robotics could prove to be a way of reducing costs while keeping more manufacturing in Japan.