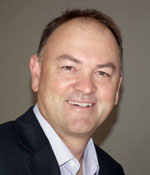 Darryn Fisk (pictured left) has been appointed business manager, Professional Markets, Victoria, with Independent Photo Supplies. Mr Fisk has worked in the photo industry for over 25 years, and was previously with Fujifilm as a harware and digtial specialist.

His skills include territory and account management, and the sale of minilab equipment, consumables, and consumer photographic equipment into the independent retail, professional, and government markets of Victoria.

‘Darryn’s skillset, professionalism, and approachable manner, has already built a strong customer rapport within the photo channel, and he is a valued addition to Independent Photographic Supplies’ support of the professional market in Victoria,’ the announcement said.

Polaroid’s local distributor, Brands Australia, has today announced that from this month, it will offer a 2-year replacement warranty on all Polaroid cameras and printers.

‘Such is our confidence in both the quality and the performance of the Polaroid range of cameras and printers we felt this was an easy, instant way of sharing this with the consumer,’ said managing director, John Rule.

In a second offer to stimulate sales, Rule also announced that Polaroid will be including a free triple pack of media, valued at RRP $29.95, with sales of Z340 instant cameras.

He also emphasised the superiority of Polaroid’s technology: ‘There is an ever increasing gulf between the Polaroid brand and any other copycat offering.’ 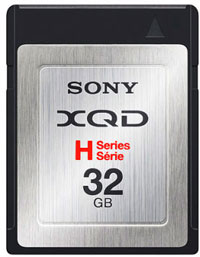 Sony has announced August availability of its new XQD S Series memory cards,  ‘the fastest in the market’, able to process at speeds of up to 168 MB/s,.

The XQD S series can record up to 1081 frames in RAW format on continuous shooting mode.

‘Photographers can now shoot a 100m sprint from start to finish in a single, sustained burst of RAW images at a shooting speed of 10 frames per second,’ said the press release.

Sony says the cards surpass the theoretical maximum speed of existing CompactFlash devices, the industry leading XQD S Series reduces transfer times by 30 per cent when compared with the fastest CF cards. This makes the S Series attractive to photo enthusiasts and professional sports photographers who demand quick and easy photo data back-up – and don’t mind paying for it!

While Sony doesn’t mention it in its press announcement, the new format card is not compatible with many existing cameras – in fact, the Nikon D4 might make up the entire list!

Available in 32GB and 64GB capacities, the XQD S Series memory card will be available from August 2012. While Sony says pricing is yet to be announced, the 32GB version is being offered on the DCW website at $499.