The superzooms are coming…Tamron and Tokina join M43 gang….Everyone wants a piece of Olympus…Kodak rushes for exit… 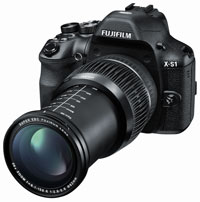 The superzooms are coming!

US website 1000 Noisy Cameras is keeping a tally of cameras so far released in 2012. By the end of January, we were up to 85 new models!

Fujifilm alone released 30 new models. Of the 80-odd mostly ‘me-too’ models, there has been only one DSLR (the Nikon D4) and one mirrorless interchangeable (Fuji X-Pro 1). On the other hand ther have been 33 cameras with zoom ranges of 10x or more, 21 of which are 18x or more!

Olympus Imaging and Panasonic have announced that leading lens-makers Tamron and Tokina have recently declared their support for the Micro Four Thirds standard and will be introducing M43-compliant products.

…Everyone wants a piece of Olympus!

Both companies declined to deny or confirm their interest.

As reported earlier this week, Fujifilm is another firm keen to partner with Olympus, which has a 70 percent share of the lucrative global market for diagnostic endoscopes.

Electronics giant Sony Corp is also interested, sources are attributed in the report to have said.

Kodak is attempting to get out of its naming rights deal on the Kodak Theater, home to the annual Academy Awards for the last 10 years.

Last week Kodak asked a US bankruptcy court judge to allow it to get out of its $75 million naming rights deal with the real estate company behind the complex. The deal has another 10 years to run.

The bankruptcy proceedings also revealed the extent of Kodak’s indebtedness to a range of technology and entertainment companies, according to a report on Hollywood website, TheWrap.