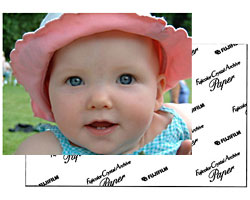 Fujifilm Corporation has announced a worldwide increase in prices for silver halide paper beginning in February next year.

‘Specific details regarding the timing of and the rate of price increase will be determined for individual markets in consideration of factors specific to the respective countries / markets,’ said the Fujifilm Corp press release.

Fujifilm North America announced it will increase prices by up to 10 percent for its silver halide photographic materials and photo chemicals in the US beginning February 2013.

Fujifilm says declines in volume, rising costs in raw materials, and logistics as reasons for the price hike.

Kodak sells patents for US$525 mil

Kodak has finally off-loaded its digital imaging patents for US$525 million to a consortium comprising no less than 12 companies including Apple, Google, Samsung, Facebook, Fujifilm, Microsoft , Adobe, Amazon, and Shutterfly.

The transaction also includes an agreement to settle current patent-related litigation between the participants and Kodak.

The arrangement ‘achieves one of Kodak’s key restructuring objectives,’ the company says, and ‘this monetisation of patents is another major milestone toward successful emergence’ from bankruptcy.

Kodak says it still owns almost 10,000 patents related to other areas of its business.

Advantage Partners will pay several hundreds of millions of yen for the business, which makes digital cameras for other companies, including Olympus Corp, the Nikkei business daily reported.

Panasonic acquired Sanyo in 2010. Panasonic has not confirmed, nor denied, the pending sale. 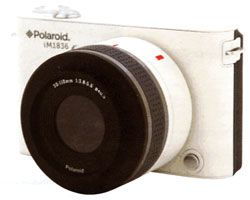 A leak appearing on photography blog PhotoRumors reveals a soon-to-be-announced interchangeable-lens mirrorless camera by Polaroid which looks uncannily like a Nikon 1 J2. The Polaroid IM1836 will be camera manufactured by Sakar International and will be powered by Android OS – the second Polaroid camera sporting the device/smartphone operating system.

A story in The Economist paints a grim picture for the future of film, as economies of scale are lost.

After photographers moved to digital, health-care services switched from X-Rays to digital imaging and now the motion picture industry has done likewise.

Robert Burley, who has been documenting the decline of film technology, says that after years of talking with the workers, chemists and engineers that ran film manufacturing plants, he foresees a near future in which consistent quality photographic film will be impossible to make because of the scale necessary to maintain operations.