Fujifilm Australia has announced its Platinum Sponsorship of the PMA Australia Future Leaders Program for 2012.

‘For over 12 years the PMA Young Achiever Award has been a very successful event and in 2011 the program was expanded making training available to an even larger group of future industry leaders with wider eligibility for entrants,’ says Paul Rogers, general manager, Fujifilm Australia Consumer Imaging.

‘The objective of the program is to expose future leaders to training and techniques that will make them better employees for the entire industry. We see this program as incredibly worthwhile I’m delighted to say that for the 2012 event Fujifilm will be a Platinum Sponsor.’

Last year 55 industry future leaders, from a variety of retail, wholesale, professional photography and picture framing businesses attended the workshops, which were developed and run by The Friedman Group.

This year the program has been further opened up with a recent decision to remove the age limit to participation.

Adeal has announced a series of replacement batteries for popular current model cameras from Inca.

Brisbane-based retailers with stock to clear are invited along to the annual Camera and Photographica Fair at the Global Learning Centre, Windsor on May 20.

‘For photographic retailers who may have left-over stock, outdated or short dated film, chemicals or papers, this is the perfect opportunity, as the students are always looking for these items,’ wrote organiser Sandy Barrie.

At the last fair, Kayell Queensland cleared a stacked table which included digital cameras and Nikon slide scanners among the offerings, he noted. 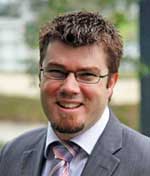 He will report to Jason McLean, director, Canon Consumer Imaging.

‘I am very excited to welcome Troy to my leadership team and look forward to the new ideas that he will bring for the benefit of Canon and our key customers,’ said Mr McLean. ‘This promotion is in recognition of Troy’s consistent success in his current role, his passion and commitment to our business, and his record of developing strong partnerships for mutual success at each stage in his career.’

With Canon since 2007, Cabot has experience in management positions spanning Canon Australia’s consumer imaging sales business, including as a state field manager, national account manager and most recently as national business manager for Canon’s retail accounts.