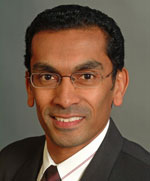 Clyde Rodrigues, whose current role is business development director, has been with Kodak for three decades in R&D, manufacturing and senior marketing and management roles, and has represented Kodak on the PICA/IDEA board since 2006. He is universally popular among both Kodak customers and his colleagues in the industry.

He is moving to the role of sales & marketing director with UCC Australia, a major distributor of Kodak products to the largest mass and grocery retailers in the country. \

Over the past few years, Mr Rodrigues has played a major role in successfully moving Kodak Australia and Kodak NZ to a largely outsourced distribution and marketing model.

John Clifford is less well-known in the local industry, having worked with Kodak Australia for a shorter period.