Nikon Australia has announced the release of the Nikon D3200, an entry-level DSLR, equipped with a new 24-megapixel CMOS image sensor, and the new Expeed 3 image-processing engine built into Nikon’s flagship D4 and D800.

It will be released on May 24 – just in time for a debut at The Digital Show. 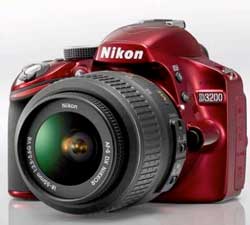 It’s release is accompanied by a wireless adaptor accessory for images to be transferred to smartphones and places beyond.

The D3200 will replace the popular D3100. It features a ‘Guide Mode’ which displays instructions for shooting according to the situation, scene or subject and also offers options for playing back and retouching images.

Using the Wireless Mobile Adapter WU-1a, also announced today, images can be transferred to smartphones, tablets and other smart devices via a wireless connection. Also, a smart device can act as a remote control for shooting with camera settings, shooting information and live view display appearing on the device’s screen (remote movie recording is not supported).

The WU-1a, Wireless Mobile Adapter enables simple sharing of photos captured with the D3200 and remote control of the D3200 via an Android Smartphone.

The WU-1a was developed to respond to the needs of users looking for an easy way to share high-resolution photos with other devices or people. This new photographic  accessory enables collaboration with Smartphones and tablets.

The camera’s live view display can be shown in the smart device screen for remote control over shooting.

Initially, the WU-1a is compatible only with smart devices running the Android OS. However , additional support for Apple iOS is scheduled for release soon.

The D3200 and wireless adaptor will be available from May 24. Nikon has not supplied an RRP.