NOT the Lead Story

Well, it’s the silly season, so our, ahem, Lead Story this week is in keeping with the times.

Enough already with the endless Twitter twaddle, fascinating Facebook facts, reports on interest rates, the degree of readiness of consumers to buy online, and the rest of that trendy stuff – important indeed, but all the urgency over the next few weeks will be around what happens over the counter (and ‘virtual’ counter). 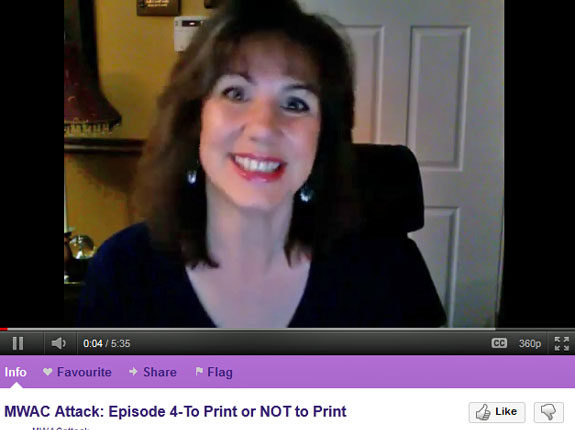 Our Lead Story is not a story at all, really, but we wanted to point you in the direction of a priceless series of instructional videos on being a professional photographer: ‘Professional Photography is so easy: Watch and Learn.’

In the first lesson the presenter, Missie or MWAC (‘Mom With A Camera’), takes us through an introduction to the camera (you really don’t need to know all that stuff about f-stops and shutter speeds – all you have to do is switch the dial to ‘P’ for professional).

The second video deals with how to pose people for family portraits. (Make the older people fuzzy so the children stand out more.) In the third, Missie explores the vital accessories a professional photographer needs, with a special focus on hats and gloves.

The final video deals with the complexities of photographic printing. (Avoid wherever possible, but if the customer insists on prints, the solution is Costco).

Adding to the fun are the viewers’ comments. Easily half the people who have watched the series don’t get the joke. They seem to think that it’s just a particularly lame series of genuine online tutorials. We’re pretty sure Photo Counter readers will. Hope you enjoy. Hope Missie keeps up the good work. We’re all here to learn!

(See what I’ve done here? I’ve made you read the whole story before providing the link)